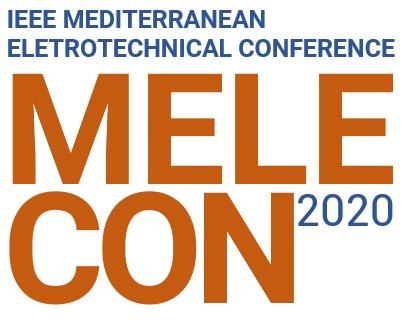 We present a new method for the discrimination of explosive cough events based on a combination of spectral and pitch-related features. The method was tested on 16 distinct partitions of a database with 9 patients. After a pre-processing stage where non-relevant segments were discarded, we have extracted eight features from each of the other segments and have fed them to the classifiers. Four types of algorithms were implemented to classify the events, with Bayesian classifiers achieving the best performance. Preliminary results showed that performance increased when the analysis was performed on individual subjects and when specific sensor locations were chosen. These results demonstrate that personalizing the analysis is a promising approach and shed some light on where to put sensors when automatic analysis is performed in the future.

Health information technology is showing an impressive growing interest towards Big Data. Big Data Analytics is expected to bring important achievements for building sophisticated models, methods and tools that are expected to improve healthcare services and citizen health and wellbeing. In spite of these expectations data quality and analytics methods are not getting the attention they deserve. In this short paper, we aimed to highlight the issues of data quality in the context of Big Data Healthcare Analytics. The common sources of errors, the consequence of these errors, and potential solutions that should be considered to mitigate errors and pitfalls are discussed in the healthcare context.

The recent advances in multiparametric monitoring of biosignals and management of big data prompt for the development of devices and techniques for the extraction of indicators with physiological relevance. In this context, we have designed and realized a portable electronic system, equipped with simple biomedical sensors, able to synchronously record multiple electrocardiographic (ECG), photoplethysmographic (PPG) and breathing signals, for carrying out a non-invasive monitoring of several cardiovascular parameters. In this work, we show the results of preliminary measurements performed following a specific physiological protocol (i.e., deep breathing with 10 s per cycle). The system allows to monitor specific physiological behaviors, such as the decrease of the R-R interval (increase of the heart rate) during inhalation and the increase of the stroke volume increases during exhalation. The high quality of the ECG/PPG/breath waveforms acquired by our probes, sensors and system allows an improvement in the accuracy of the extraction of noteworthy cardiovascular parameters.

Hypoplastic Left Heart Syndrome (HLHS) is a congenital condition which can severely impair the subject's health. In subjects affected by HLHS, the left ventricle is underdeveloped or not functional at all, so that the left ventricle cannot support systemic circulation. Starting from the 1980s, the use of the right ventricle to support systemic circulation is being pursued as the best clinical practice treatment, with a staged approach, whose final step is the implementation of the Total Cavopulmonary Connection (TCPC). A multidisciplinary approach is nevertheless required, due to the complexity of the disease. The surgical treatment of HLHS requires careful planning in order to optimize the mechanical power exerted by the functional ventricle, avoiding power dissipations as much as possible, associated to the newly created connections between different circulatory compartments. The objective of this study is to model the central venous and pulmonary compartments, starting from diagnostic MRI data taken during the follow-up of a HLHS subject, previously operated on at the Bambino Gesu Children's Hospital (Rome), and to calculate the flow field associated to the obtained numerical model. Methods: MRI volume sets were analyzed using open-source image processing software. The binarization of the images, required to label the blood domain, was performed by means of two-level thresholding. A manual pruning of the resulting volume was needed to isolate as much as possible the blood compartment from the rest of the anatomy, though, since two constant thresholds are generally insufficient to perfectly segment vessels throughout the image. The blood compartment volume was then discretized, using an unstructured mesh (more than 1 million tetrahedral cells). Suitable boundary conditions (BC) were set, using clinical data obtained in the follow-up. A computational fluid dynamics (CFD) study was then carried out, using the mathematical model of the anatomy and the BCs, in stationary conditions. Results: The morphology of the calculated flow field was highly dependent on the closeness of the IVC and SVC anastomoses to the right pulmonary bifurcation: this entailed a complex flow field, with a marked deviation of the pathlines' direction, especially along the path from the inferior vena cava to the inferior branch of the right pulmonary artery. The analysis of the pathlines demonstrated that the IVC flow (carrying hepatic factors from the liver) contributes to either RPA branch, as well as to the LPA. This has clinical relevance, considering that the hepatic factors carried by the IVC flow are essential for the physiological growth of the vessels. The good hemodynamical performance of the connection is also confirmed by its high hydraulic efficiency (94%). Conclusion: Patient-specific studies of HLHS or other relevant congenital pathologies are useful for assessing the subject's health status during follow-up, verifying the fluid dynamical features of the surgical outcome.

Prediction of Cardiovascular Complications in Diabetes from Pharmacy Administrative Claims

Prediction of Cardiovascular Complications in Diabetes from Pharmacy Administrative Claims

Diabetes is a chronic disease characterised by high blood glucose levels, resulting in reduced life expectancy and requiring lifelong treatment. Because of their frequent necessity to seek healthcare services, diabetic patients generate huge volumes of administrative claims, detailing their healthcare encounters and prescription history. In the Veneto region (NE Italy), as in the rest of the country, these data are collected systematically and cover all eligible beneficiaries (~5 million in Veneto). Since cardiovascular complications are the main drivers of excess mortality in diabetes, forecasting their onset is desirable for patients’ care and policymaking. Hence, in the present work, we investigate the possibility of predicting 3-year cardiovascular outcomes following a 1-year baseline period of pharmacy data collection. We implement an approach based on recurrent neural networks that combines the chronologically-ordered sequence of prescriptions filled by a diabetic patient and basic biographical information (age, gender, estimated diabetes duration) to determine whether he or she will experience a 4P-MACE (4-point major adverse cardiovascular event; defined as death, myocardial infarction, stroke, or heart failure) endpoint. We develop our model with the data of 97,466 known diabetic patients identified using a validated claims-based algorithm. Independent performance tests on 4,873 subjects yield an area under the receiver-operating characteristic curve of 0.791 and a concordance index of 0.765 for the 4P-MACE primary outcome. We find death to be the easiest 4P-MACE component to predict (AUROC = 0.846), followed by heart failure (0.796), stroke (0.714), and, finally, myocardial infarction (0.708). Secondary, stratified experiments highlight independence of performance from gender, age, and number of prescriptions filled in a year with respect to the primary outcome. To the best of our knowledge, this is the first large-scale prediction model of cardiovascular complications in medication-treated diabetes solely based on sequences of filled prescriptions collected from administrative claims.

Automatic segmentation of the heart left ventricle (LV) is an important step in setting an adequate diagnostic in echocardiography. Some of the state-of-the-art methods for 2D segmentation include traditional methods like active shape models, active contours, level sets, Kalman filter etc., but also deep modern learning methods (i.e. convolutional neural networks), where accuracy usually surpasses the accuracy of traditional methods. Due to the promising results of convolutional neural network called U-net in different segmentation problems, we propose it for the extraction of the left heart ventricle. The results show that the network has been able to segment the left ventricle with the accuracy of around 83.5% on unseen data which surpasses the reported state-of-the-art results, even with a smaller database. Larger database will enable better learning that we are confident will contribute to even higher accuracy. Future work will include testing on larger databases in order to meet the needs for Big Data analysis, but pertain the accuracy and reduce the time necessary for manual analysis of images.