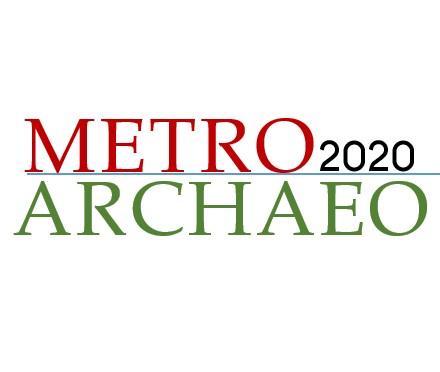 The study of the old scientific-technological instrumentations exhibited in the Museo dell’Arte della Lana of Stia in the Casentino Valley in Tuscany, allows to discover interesting connections between textile industry, science and technology. One example is a testing device from the beginning of the 19th century that allows the user to characterize fibers, yarns, fabrics, and other hygroscopic materials. The testing device, permits true and accurate determination of their strength, and well as other properties affected by the moisture content of the fiber/material under study, without the need to refer to moisture regain tables and charts. The instrument represents a noteworthy improvement in the art of testing materials and products of hygroscopic nature. The napping machine, known as ratinatrice, is an example of technological instrumentation affected by the industrial development. A plate of the Encyclopédie de Diderot et d’Alambert - Art des textile, shows a drawing of the ratinatrice which can be considered a forerunner of the one of the museum dating back to 19th century. The instrumentation consists of a wooden roller on which hooked iron teeth are fixed in order to maintain the fabric under tension and of a movable table with abrasive material that with different movements (straight, circular, oscillator), gives the fabric passing under pressure, the characteristic curly appearance. The napping machine design and making is shaped by the evolution of the finishing technique of the panno casentino, characterized by a curly surface. Differences between the drawing and the artefact may be found in the mechanical parts, in the dimensions of the hooked iron teeth and in the granulometry of the abrasive materials.

Mineralogical and chemical characterization of surfa ce orange layers on the limestone of the Monastery of Batalha, Central Portugal

Mineralogical and chemical characterization of surfa ce orange layers on the limestone of the Monastery of Batalha, Central Portugal

Samples of orange surface patina s found on the limestone balustr ade and sculpture s of the Batalha Monastery in Portugal, have been investigated by X ray micro diffract ometry (µ XRD) and Low Vacuum S canning E lectron M icroscop y coupled with E nergy D ispers ive S pectromet ry (LV SEM + EDS) EDS). Aim of t he study was to asse ss wh ethe r the orange layers ha ve been i ntentionally applied or were resulting from stone weathering Preliminary r esult s suggest that the orange layer on the surface is mainly consisted of gypsum and hematite with halite and weddellite as minor compon ents This di scovery i mplies the possibility that such orange patina s were applied intentionally instead of having been formed naturally by decay . A comparison was made between thi s patina and the “scialbatura ””, a protective c oating often applied by conserva tors on lim estone s an d marbles in monuments.

Structural monitoring represents one of the most important scientific and research sectors in the field of civil engineering. Using a Structural Health Monitoring (SHM) system it is possible to reduce management costs, to operate in areas difficult to access and acquire data also during dangerous events such as landslides and earthquakes . Last researches have made available SHMs that operates in a non invasive way, allowing the continuous monitoring without the need to suspend the use of the structure (for example in the case of an historical building ,it is not necessary to install the measurement instruments for the periodic inspection suspending their normal activities and then creating loss of money, and it is not necessary to sample the structure itself) itself). This paper presents an overview on the last researches on SHM systems in the field of civil engineering focused on the monitoring the foundations structures of the historical buildings, in order to stimulate the research in the field by highlighting the bene fits obtained with their use.

The historical heritage requires particular systems to preserve its state of conservation. In this regard, the Structural Health Monitoring (SHM) systems they are fundamental in conjunction with suitable algorithms that allow the automatic detection of possible critical events that would ruin the state of conservation of the building. In this paper is proposed the use of a SHM system based on the analysis of the Acoustic emission in conjunction with an K-nearest-neighbor (KNN) Artificial Intelligence (AI) Algorithm for the classification of the data. Fundamental, in the use of the Classification algorithms based on AI, is the use of suitable features. In this regard, these features are estimated by using the Gutenberg–Richter law, typically used in the analysis of the earthquake. This permits to correlate the characteristic of the magnitude acoustic emission due to an event in the building with the number of the events. Experimental test will be used for the training and the test of the proposed architectures.

The study of the dynamic behavior of masonry arches and vaults is of paramount importance for several reasons : the evaluation of the seismic capacity ; the determination of failure modes; the determination of the ductility and of behavior factors; the design of effective strengthening interventions, like for example by employing Fiber Reinforced Cementitious Matrix (FRCM) composites . Despite this, the literature still lacks a sufficiently large number of contributions on this subject, especially for what concerns either experimental study or reinforced arches . In this context, this paper , starting from the data of full scale dynamic te sts performed on unreinforced and G lass FRCM reinforced Apulian tuff masonry arches , proposes some interesting observations on the dynamic behavior of masonry arches

The dynamic identification of structural damage for masonry construction s could pla y a crucial role for the preservation of architectural heri tage . The interest is this experimental technique is motivated both by its non destructive nature and by the possibility of assessing the damage at an early stage In this context, this paper studies the damage identification of a full scale parabolic tuff barrel vault subjected to differential settlements of the supports starting from vibration measurements . The geometry of the vault (polycentric near parabolic shape) and the masonry material (Apulian tuff) have been chosen i n order to be representative of some masonry vaults common in rural constructions of Apulia region.

In this paper the results of a GPR prospecting performed in the cathedral of Acerenza (Basilicata, southern Italy) are proposed. The investigation was aimed in particular to search, if any, traces of the tomb of St. Canio with his bones, protector of the town of Acerenza. Data processed with GPRslice code have been 3D shaped to define the position, depth and volume of the tomb. The results are also in agreement with the historical sources that indicate the probably burial place

Seismic tomography , seismic refraction tomography and electrical resistivity tomography (ERT) imaging was employed to make diagnosis for an very important archaeological cave named “Grotta della Poesia” Poesia”. Rock fracturing and destructive force of sea waves causes structural instability in the roof of the cave that has partially collapsed. The inside geometry of fractures and the physical param eters of the surrounding and underground materials were the primary objectives of the geophysical survey. Seismic and ERT data were acquired along one horizontal profile on the roof of the cave. The interpretation of integrated geophysical data resulted in an evaluation of the conservation degree of the Cave.

Abstract should be 10 pt bold. The abstract should contain about 100 to 150 words and should contain the main topic faced by the paper. The Santa Caterina tower in Nardò (Lecce, Italy) represents one of the many types of coastal towers of the ancient Terra dʼOtranto province. It was part of the defensive system of the Ionian coast of Salento against the Turkish threat. The integrated geophysical prospections are part of the analysis of the tower about constructive elements, wall discontinuities, functional modification in order to understand the phases and the change of the structure over the centuries. The information collected will be useful for a restoration pr oject finalized to recover a building abandoned for years.

Geophysical surveys at the archaeological site of anglona (MT)

Geophysical surveys at the archaeological site of anglona (MT)

As part of the Pandosia Anglona Project, of which the Institute of Cultural Heritage Sciences (CNR) is a partner, geophysical investigations were carried ou t with the aim to identifying structures of archaeological interest The investigation area is located on the right of the road that connects Polico ro with Tursi, on the top of a hill 262 m a.s.l The Anglona hill dominates the lower valley of the Agri and Sinni rivers rising in the middle of the hilly system that divides the two rivers, at almost equal distance between these two streams Geophysical investigation method geoelectrics was used.

Geometric survey and characterization of artifacts through portable devices: an experience of mobile laboratory inside the Aeolian Museum of Lipari

Geometric survey and characterization of artifacts through portable devices: an experience of mobile laboratory inside the Aeolian Museum of Lipari

In the last decade portable devices for analyzes on Cultural Heritage (e.g. laser-scanners, spectroscopes, XRF) has reached levels of reliability such as to be able to replace benchtop instrumentation for survey in situ. One of the most effective application of these devices concerns the digitization and the diagnosis of artworks preserved inside museums. Indeed, moving art objects or finds from its place of preservation to specific laboratories can often result difficult due to several reasons as fragility, big sizes, risk of damage, lack of authorizations etc. The paper shows the results of a collaboration between the IPCF-CNR of Messina and the Archaeological Museum of Lipari aimed at the creation of a mobile laboratory for chemical analysis and 3D digitizing of finds presenting different issues. The activities have been carried out using two performing and contactless tools: a laser-scanner arm by Faro (sometimes in combination with an external camera) and a handheld Raman spectrometer by Brucker.

A database for historical pigments through handheld instrumentation

A database for historical pigments through handheld instrumentation

Portable instrumentation is largely used in archaeometry for in-field measurements at museums and archaeological sites. The historic evolution of pigments is closely related to the technology developments in past cultures and provides relevant clues regarding their knowledge advancement. Here, a systematic study of 26 historical powdered pigments was carried out through a combined handheld instrumentation for X-ray Fluorescence. Chemical identification was carried out through a set of instrumentation produced by different manufacturers. Their performances are compared on the same set of samples to identify best practices for the study of historical pigments. A database of organic and inorganic pigments studied by additional techniques such as Fiber optics Reflectance spectra (FORS), Raman and Fourier Transform Infrared spectroscopy (FT-IR) is under development with the aim to use it further for the interpretation of the results of real case studies.

There are no chairs for this session!